Are you worried about bugs lurking around your home? Whether it’s mosquitoes, ticks, ants, spiders, or some other creepy crawly, we understand that nobody likes the idea of pests in or around their Cincinnati, Dayton, OH or Northern Kentucky home.

Of course, pests outnumber us significantly (it’s said that there are around 1 billion insects on this planet for every human). So, it’s really not that surprising that you have bugs around your home. Even so, you want to do what you can to keep them outside and off your property as much as possible.

You certainly don’t want them to take up permanent residence and build a colony there.

But if you’re still seeing bugs after pest control, it’s likely that you’ve tried an ineffective method. There are a lot of pest control methods that just don’t work. They are a waste of your time and money.

Whether you’ve already noticed that DIY pest control isn’t working or you’re just thinking about trying some different approaches, we’re here to shed some light on what isn’t worth the effort.

Of the various pest control methods out there, this one is pretty harmless. In other words, you won’t get hurt or spend tons of money on this approach…BUT you likely also won’t see much success (if any).

Plants such as lavender, lemongrass, and catnip are said to repel pesky bugs such as mosquitoes since they don’t like the smell. While these plants may deter a few pests here and there, the truth is, a mosquito’s life mission of obtaining blood is strong enough that it will ignore the odor coming from your plants if it detects the smell of a nearby meal. In fact, most of these plants need to be ground-up for their repellent properties to have any effect.
You can file this one under pest control that doesn’t work. It’s just not going to be effective enough to see any real difference.

In recent years, various forms of mosquito traps have become increasingly popular. The idea is that the traps use something to draw mosquitoes to them (like the ones that produce CO2 gas to mimic human breath)...and then it sucks them in.

While these may trap some mosquitoes (there’s no denying that as you can literally see them inside), it’s just not going to be significant enough to make a big dent in your property’s mosquito population.

A device like this might help reduce mosquitoes in one specific area of your property…so it could be useful near a patio table. But if your yard is like most, that’s not the only place you want to spend time. You don’t want to feel like you’re stuck in just one spot! You want your entire yard to be protected.

The problem with this pest control method is similar to the mosquito traps. You may feel like you’re doing a good job capturing ants because you can see them…but how many are you really getting? Maybe you’ve captured 12 ants out of 10,000 that are in the soil around your home and making their way inside. In general, traps just don’t have enough of an impact on a pest population to make a significant difference. 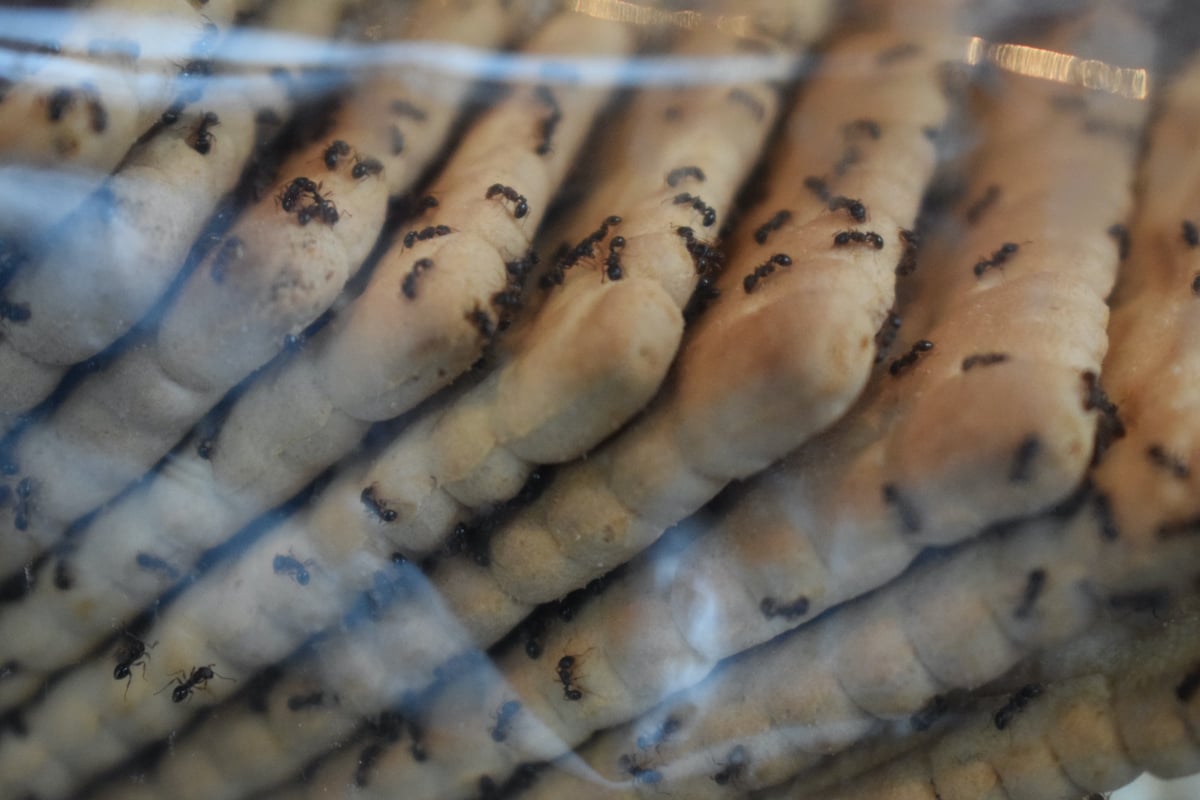 Bug bombs are another option for pest control methods. But do you really want to set off a fog of chemicals inside of your home? Bug bombs actually ahve a high toxicity rating (sometimes even higher than what a professional exterminator is using).

And despite the possible danger factor, this pest control method just isn’t that effective.

When the fog of a bug bomb is released, the pests sense it and tend to move deeper into the wall or crevice where they’ve been hiding out—and where the chemical will not reach. For this reason, sometimes a bug bomb can make an infestation even more difficult to control.

If you haven’t heard of salt guns for bugs, they’re exactly what they sound like. They are guns that shoot particles of salt to kill bugs. The idea might sound amusing—almost like a gag gift that you might buy—but they’re not going to have any major impact on your pest population. 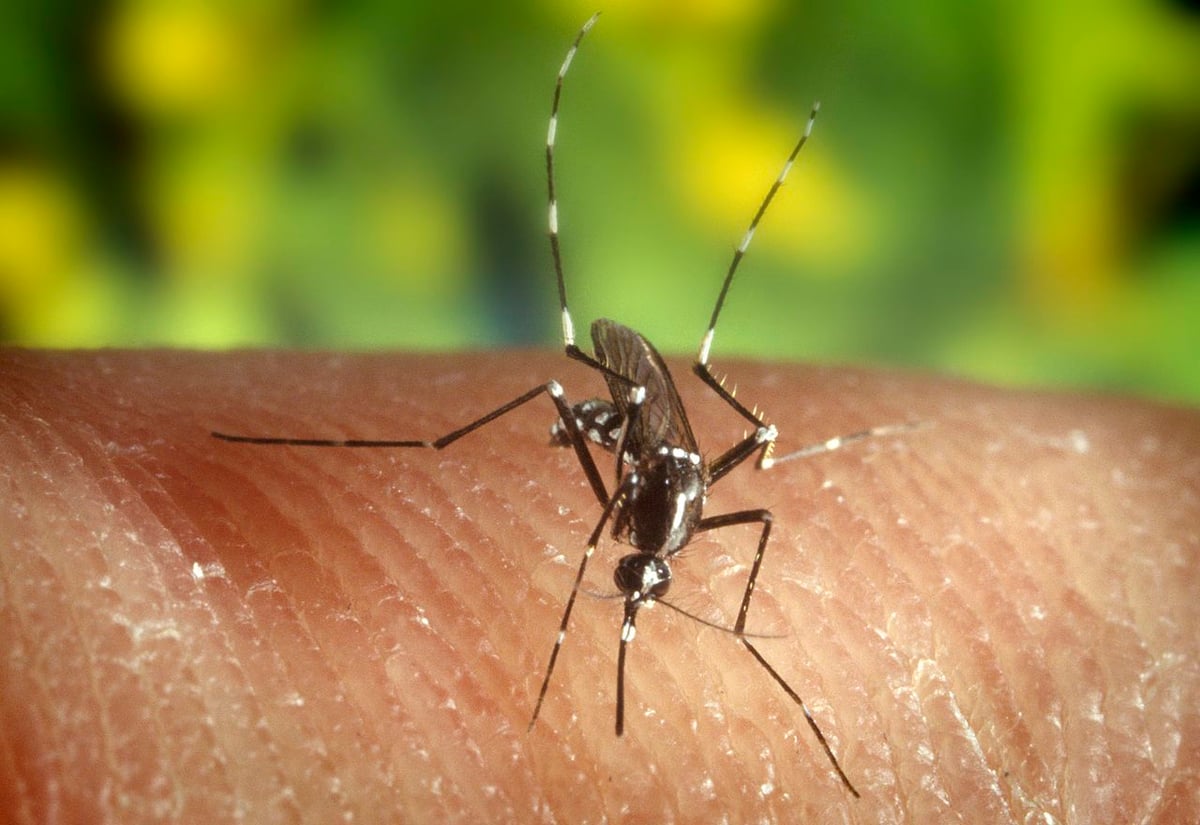 These bug guns could also be potentially dangerous. In fact, the companies that make these products have lots of warnings about not pointing them at someone’s face—particularly their eyes—as there are potential risks.

6. Gasoline or Flamethrowers for Bees and Wasps

As far as dangerous pest control methods this one is high on the list. You might think we’re kidding, but we have actually heard stories of homeowners trying this method.

Chances are, you already know that pouring gasoline or any other chemical into a hive or at the site of an infestation of bees is incredibly risky. Not only will you contaminate groundwater and potentially kill plants, but you’ll also create a flammable fire hazard on your property.

Even worse, we have heard stories of igniting the gasoline or even using flamethrowers to address hives in trees. The number of stories of people who have been hurt or caused damage attempting to kill bees this way is astounding considering this DIY pest control approach is dangerous—and crazy too. The proper way to address a bee infestation or hive is to call a pest control professional or a beekeeper (if honey bees).

We’ll admit these are fun! But this is another option that just isn’t going to have a significant impact on your pest population. You’d have to sit outside all day to swat at bugs one by one…and even then, you’re not going to get them all!

If you’ve found this article because your DIY pest control isn’t working, it’s probably that you’re using store-bought products or homemade concoctions that just don’t stand up to what a pro will use.

Tackling DIY pest control with store-bought products is rarely very effective. Whereas a professional is trained in product handling and application, the average homeowner has no such training or background on using chemicals.

Sometimes, the products bought in the store (such as Raid) can even have a higher toxicity rating than the chemicals a professional might use. People often don’t realize just how risky it can be. With no real knowledge of pests and what areas of your home or your property to treat, your attempts may be completely unsuccessful.

9. Pros that Don’t Get Results

We want to mention that not all pest control “fails” are the result of DIY solutions.

If you are still seeing bugs after pest control (professional pest control that is), then it’s important to know that not all companies are highly skilled or deliver great results. If the technicians are poorly trained they might be doing an effective job.

Some companies are so desperate to hire cheap labor that they’ll take on anyone who is willing to do the work. These types of technicians are going to go out and spray anything and everything without a whole lot of regard. What you really need is a company that takes a customized and targeted approach to your specific property’s needs.

Inside or out of your home, we understand that you want to keep the pests at bay. That’s why you need to find pest control methods that will work for you.

One of the best solutions for keeping outdoor pests away from your home is perimeter pest control.

Unlike some of these pest control methods that we’ve talked about that require being inside the home, perimeter pest control works to get rid of pests BEFORE they even make their way inside. Perimeter pest control will tackle ants, centipedes, spiders, and more by setting up a “shield” that surrounds your home and keeps pests from getting through.

But if it’s pests within your lawn that you’re most concerned with, then ant, flea, & tick control is the solution you need. This service will allow you to enjoy your lawn without worrying about an infestation of ants, fleas, and ticks. Of course, if it’s mosquitoes that have you concerned, then you’ll want to opt for mosquito control. Or, like a lot of homeowners, perhaps you want to add all three services.

And the best news is that these are pest control methods that really work.

By working with Oasis Turf & Tree for pest control in Cincinnati, Dayton, OH, and Northern Kentucky, these services can be added on to your already routine lawn or tree care program, with bundled discounts, in order to give you a tremendous amount of value for your investment.

If you’d like to learn more about outdoor pest control for your Cincinnati, Dayton, OH, or Northern Kentucky home, call us at 513-697-9090 or get your quote online and help us find the program that is best for you, then sit back and relax.